Felicidad Duce Ripollés founded her fashion school-workshop in 1928, which through the decades and thanks to her contribution became a benchmark institution in higher fashion education in Spain. The school was acquired in 2013 by the Canadian network LCI Education, which made it its European campus. Since then, LCI Barcelona has not only preserved the know-how of Felicidad Duce, but has also internationalized its educational excellence so that it reaches people from all over the world.


Meet the founder of our Fashion School in this video that has the testimony of Mercedes Freixas, daughter of Felicidad Duce, honorary president of the centre and promoter of an award in honor of her mother:

The success of the Felicidad Duce Fashion School is the result of the tireless work of its founder, a self-made visionary who managed to consolidate her innovative educational proposal thanks to her own method of great influence in the national fashion industry that has its book editorial.


After a first contact with the world of sewing at age 12, Felicidad Duce learned from the best professionals of the time and ended up creating her school-workshop. The institution was gaining prestige and notoriety with the passage of time driven by the strength of its founder, a strong defender of the official recognition of fashion studies.


Along with her students, she participated in making cinematographic costumes for the stars of the moment, and knew how to spread her vision of fashion through the media (newspapers, magazines and radio programs echoed her teachings). Another of her great achievements was getting graduating students to parade at the Ritz Hotel, a privilege reserved only for big brands. 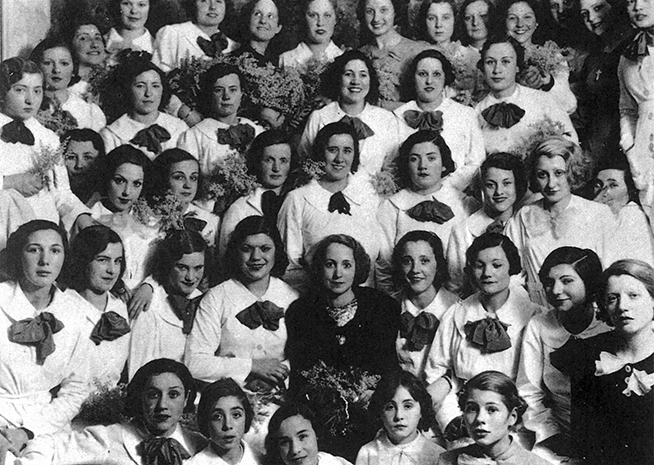 
The school has had great professors and professionals from the world of pattern making, being the master Pedro Rodríguez one of the most important in its entire history. A good friend of Felicidad Duce, they worked together to develop innovative ideas to offer the best training to students, a heritage that has prevailed over the years. Currently, professionals such as Miguel Elola, a disciple of Cristóbal Balenciaga and Pedro Rodríguez himself, continue to transmit their values and concepts to new generations. 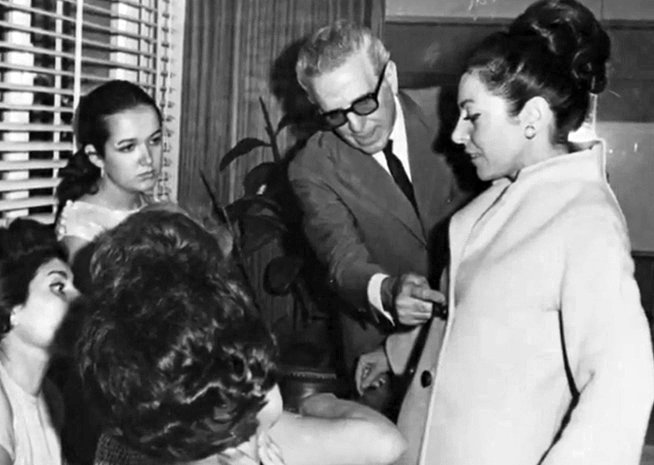 
Throughout her career, Felicidad Duce left her mark on the industry as a woman ahead of her time, a contemporary creative and with a great business vision that became a benchmark in the fashion sector. The complexity of the 20th century did not prevent her from founding an innovative school with an eye toward empowering women through learning about professional design and pattern making.


Her pedagogical work, her entrepreneurial spirit and the defense of women's social and economic rights made her worthy of numerous recognitions such as the Medal of Merit at Work. The national fashion scene is not understood without her contribution, to the point that some of the best-known designers of recent years have studied in her classrooms. The legacy of Felicidad Duce lives on through the professionals of the LCI Barcelona Fashion School, who spread all her know-how and knowledge.

About us
About LCI Barcelona
About LCI Education
LCI Education Foundation
About Felicidad Duce
Felicidad Duce Fashion Award
Feli Method
Felicidad Duce Publishing House
Award-winning alumni
About Seeway
Our educational project
Our campus
Our professors
Our alumni
Recruiting talent
Educational centers
Quality
This site uses cookies to offer you the best and most relevant experience. By continuing to use our site, you accept our use of cookies in accordance with our  Privacy policy. I agree
LCI Barcelona
Balmes street, 209
Admission request
Phone: +34 93 237 27 40
Contact us
LCI Barcelona
Balmes street, 209
Phone: +34 93 237 27 40
Admission request
Contact us
About us
Schools
Resources
Future Students
©2021 LCI Education Confidentiality Policy