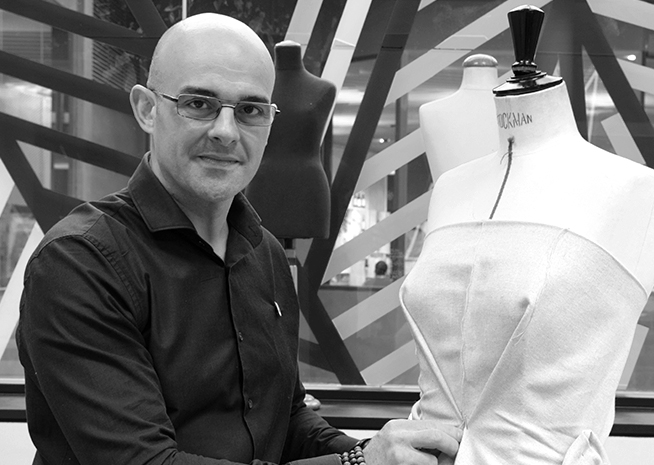 He began with 16 years as an apprentice in the family workshop, where he works today with haute couture pieces. He trained as a designer and pattern maker at the Guerrero School and at Felicidad Duce, and completed his training at firms such as Antoni Miró and Santa Eulalia.

He has worked as a freelance for different companies, combining it with the family workshop. In 2004 he returned to Felicidad Duce School as a tutor of final projects and professor of pattern making, haute couture and moulage.

Currently, he collaborates as an advisor to both consolidated companies (Cortefiel and Pronovias) and young emerging designers.