The Canadian ambassador visits the new campus of LCI Barcelona 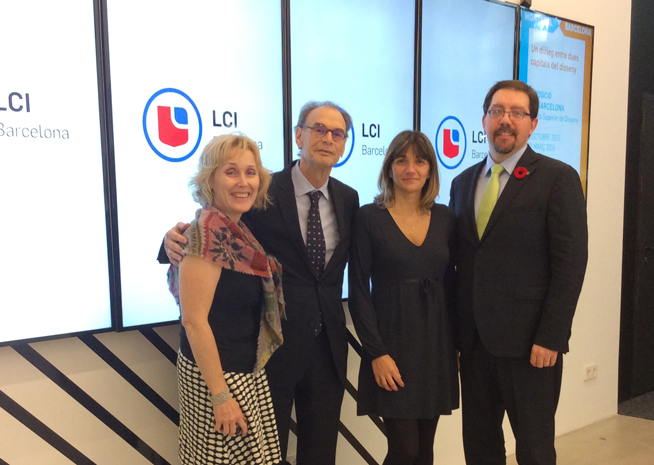 The Canadian Ambassador, Mr. Joan Allen, has officially visited the new campus of LCI Barcelona, ​​accompanied by Mr. Deric G. Dubien, Senior Trade Commissioner of Canada in Spain and the Consul and Trade Commissioner of the Consulate of Canada in Barcelona, Ms. Kathryn Burkell where they have met with Ms. Silvia Viudas, General Director of the first campus of the Canadian network LCI Education in Europe.

Besides, they have visited the exhibition MONTREAL> BARCELONA proposed a dialogue between some of the most significant design projects that are made to the two cities.

LCI Barcelona campus is a strategic destination for LCI Education Network. Barcelona is a cosmopolitan city that, in the same way as our institution, reflects dynamism, avant-garde fashion and design and diversity. In addition, the city is a gateway to Europe, which will have the presence of many international students and incorporating cutting-edge talent professionals from around the world aware of the local and global environment.

LCI Education network
Workshops, conferences and exhibitions
2015
This site uses cookies to offer you the best and most relevant experience. By continuing to use our site, you accept our use of cookies in accordance with our  Privacy policy. I agree
LCI Barcelona
Balmes street, 209
Admission request
Phone: +34 93 237 27 40
Contact us
LCI Barcelona
Balmes street, 209
Phone: +34 93 237 27 40
Admission request
Contact us
About us
Schools
Resources
Future Students
©2021 LCI Education Confidentiality Policy