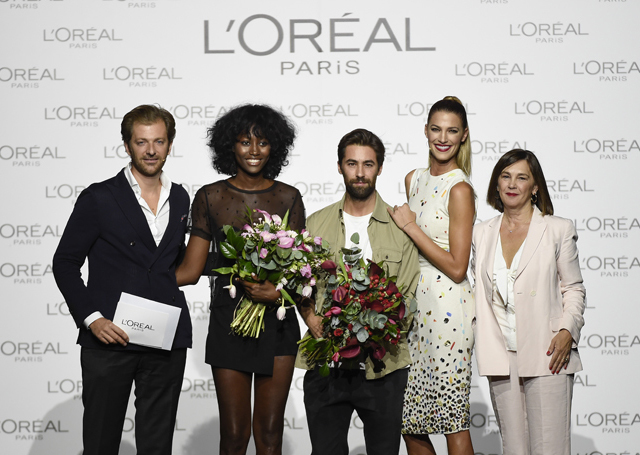 Yesterday afternoon, the L'Oréal Paris Awards (which recognize the best designer and the best model of the Madrid catwalk) were delivered, and our alumni Juan Vidal was able to win the biggest award for the third time in his career. The "Lula Rock-A-Hule" collection, inspired by the Hawaiian Islands during the 1970s, dazzled attendees with its 3D embroidery, which contributes to enhancing the femininity and delicacy of women, as well as the combination of different materials (silk organza, raffia, satin, paillettes or muslin). Vidal was very grateful and dedicated the award to his mother.

This recognition joins other awards he has received such as the Who's On Next by Vogue (2013), the National Award for New Value from the Ministry of Culture (2015) and the Telva Award (2015), in addition to the two previous occasions in which he won the L'Oréal Paris Award for Best Designer of the Mercedes-Benz Fashion Week Madrid. His great achievements have made him one of the greatest Spanish fashion promises both nationally and internationally. Congratulations, Juan!