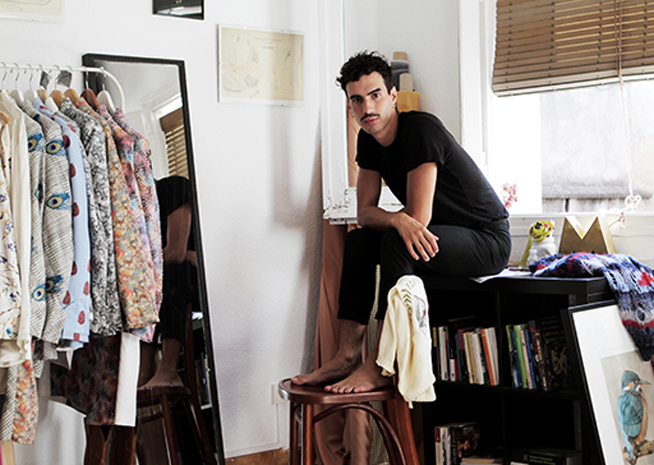 The designer finished in 2014 his studies in Fashion Design at Felicidad Duce, the School of Fashion Design of LCI Barcelona, and he keeps receiving awards. In 2014 he won the award for the best designer in the MODAFAD Fashion Awards presenting the final project. He also was awarded with the prize for best young designer in PONMO (Galicia) and was a finalist in the MMOD Murcia Open Design Contest 2014. In February 2015, Peter presented at 080 Barcelona Fashion Week his new collection "Romeo's".

At Samsung EGO will also participate Juan Vidal, Roberto Etxberria and Maria Escoté are going to show their collections.