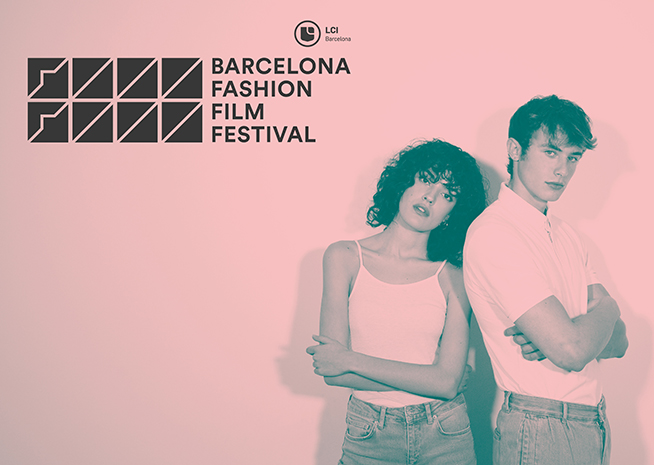 The only fashion film contest of our city is back with the aim to repeat the success of the first edition to consolidate Barcelona as a capital of fashion, audiovisual and advertising. So far, the number of applications received in 2017 has been reached with more than 200 projects from all over the world. The LCI Barcelona Fashion Film Festival wants to give prominence to the new promises of the sector, and therefore half of its awards are aimed at rewarding emerging talent.

The great guest star of this edition is the prestigious filmmaker Victor Claramunt, winner of Best Director Award at La Jolla International Festival (the equivalent of Hollywood's Academy Awards in the field of fashion films). Claramunt will receive the Honorary Award of the festival and will be part of this edition's jury together with the actress Mariona Ribas, the fashion designer Toni Miró, the director of Metal Magazine Yolanda Muelas, the digital influencer Anna Ponsa, the director of Museu del Disseny Pilar Vélez, the CEO of XXL Comunicación Alex Estil·les, the fashion designer and alumni of the School Krizia Robustella, the jewelry designer Nuria Torrente and the journalist, founder of the fashion magazine itfashion.com and Head of LCI Barcelona's Fashion Area Estel Vilaseca.

The winners list will be announced on October 25th at a grand final Gala that will be held at Museu del Disseny of Barcelona. Last year's ceremony brought together more than 300 guests, including distinguished directors, designers and managers of different brands and agencies.

Before this great date, our campus will host three special activities framed within the theme of the festival:

There is nothing left to enjoy the LCI Barcelona Fashion Film Festival! Visit the event's website or send an e-mail to info@barcelonafashionfilmfestival.net for more information.