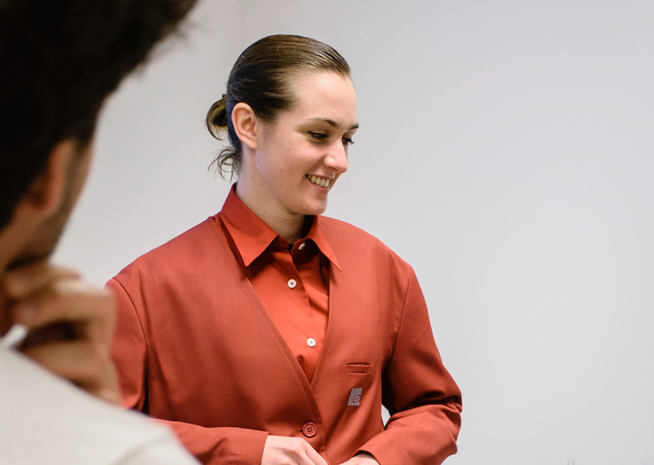 The public railway agency, in collaboration with the Eumo_dc studio, has launched the FGC Innovest project in order to renew its corporate clothing after several decades wearing the garments created by the Catalan designer Antonio Miró.  Under the motto "Weaving Ideas, Connecting People", the aim is to involve design schools, innovation centers (Eurecat), representatives of FGC and company personnel. All have been part of a multidisciplinary, participatory and co-creative process that has been divided into four stages: discovery, definition, prototyping (the phase in which it is now) and tailoring. The objective is to give a new air to the current uniform following criteria of communication, usability, etc.

Four students from LCI Barcelona were selected to be part of this initiative: Laia Requena, Marta Quintana, Clara Corominas and Carlos Calvo who, together with other students and alumni from Elisava, have been collecting information and working around the values that Ferrocarrils wants to convey. On the part of the School, they have received advice from project director Gabriel Torres and pattern making professor María Costa. After several months of team dynamic, they have developed initial prototypes that are being valued by project managers and even company employees, whose opinions are reflected in an online participation platform launched for the occasion. The final result will be released in October, but until then you can see all the details of the FGC Innovest at Espai Provença at the homonymous station.