Last October 23rd, the exhibition of América Sánchez "Clásico, moderno, jazz y tropical" was inaugurated at the Palau Robert of Barcelona. You can visit this spectacular exhibition until February 23rd, an exposition that will leave you astounded.

For those how don't know, América Sánchez is one of the most prestigious graphic designers of our country, a figure that we have the pleasure of having him as a professor at Seeway by LCI Barcelona.

The Picasso Museum and Moritz logos, the image of the restaurant Ajoblanco or Velodromo are just some examples of Sanchez's portfolio. 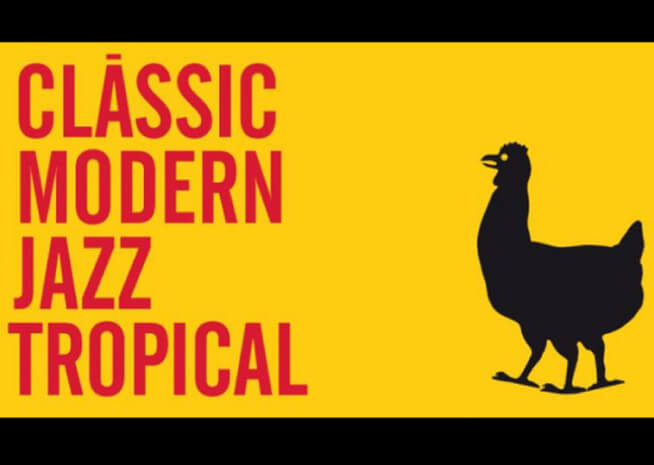 Last week, our Graphic and Digital Design Diploma students went to the exhibition. During the visit they came up with some questions related to the artwork of this iconic graphic designer. We had the pleasure to meet hip up and we take the opportunity to talk and debate some of those questions.

Seeway: América, you let a footprint in design world. Where does this passion for graphic design come from? How it all started?

América Sánchez: Everything starts with draws. Comic drawing of when I was a child, Disney drawings, children's magazines… there is a wonderful magazine – I Think it still comes out in Argentina – which is called Billiken.

SW: This has been asked in many ways, but we can say it in one question: why did you decided to move from Argentina to Barcelona?

AS: I decided to move to Barcelona when I realize I had already worked in all best workplaces in Buenos Aires. When this happened, I thought to change. At that time, I asked a partner if he was encouraged to come to Barcelona since it had already come up to my mind to come her, for the language more than anything. I didn't speak any French or English, so Spain was the best option to me. I arrived here with 400 dollars and 100 slides as a portfolio. When I came everything was outdated, due to the Dictatorship, but I found nice people and I only needed two days to find a job.

SW: How did you get that job?

AS: The second day I was walking through Gran Via and Rambla Cataluña, where Pirelli was. We went inside, with Alberto di Mauro, the partner I came with, and we ended up with a job: hot water bag Pirelli. We started working from our hostel and everything went right. People were and remains very kind.

SW: As you said, you arrived during the Franco dictatorship. Does this situation affects the creation process of your pieces?

AS: Not really. The graphic shows the most cheerful and ratrional façade of what corresponds to a work itself.

SW: Before moving to another them, one more question. Why América?

AS: There were some guys called Pérez Sáchez, as me, and we signed the same.  One day I told them that we should change our name in order to avoid confusion. At first sight they would change their names, but that never happened. So I decided to change mine. It was during the eighties when my mom came to visit for the very first time and I decided to start using her name: América Sánchez.

SW: Moving to the pieces of this exhibition, the students felt the curiosity for some points that always appears on your work. What is the symbolism behind the fact of covering the eyes in the photographs of your work?

AS: This helps to change the person's identity in some cases because in Copito de Nieve's artwork for example, I would never change it. This piece is almost an irony, some kid of joke to the character. This is used in police photos; it is a kind of evocative censorship.

SW: Would the work with the appearance of distorted faces of children be within the same line?

SW: We have all asked ourselves "When do I finish a piece?" How do you guide yourself to feel that it is already finished?

AS: (smile) It is very difficult to answer this question. There is a concept of drawing called non finito. It is an idea that the Italians used in 1400 and that I have always liked. This consists of stopping when you believe, even if the work is not finished. I think it's a moment that your body asks for or when you get tired.

SW: To end up with the reference to the work itself, what is your favorite piece of this exhibition?

AS: Objectively, one of the most rational pieces is the Vinçon calendar, which has been in use for more than 40 years and has not changed anything. It is a piece that works very well at a great distance. It is a functional calendar that became a classic.

SW: Let's talk about inspiration... Traveling seems to be a great source of inspiration in your works, perhaps the main one. How else do you usually get inspired when a new projects comes up?

AS: Permanent curiosity. You have to be curious about things, especially for choosing the appropriate iconography at any time. You should take pictures, draw, travel, visit libraries and be aware of what is happening in your city. You must be updated and know what happens to apply the most appropriate identity to each job.

SW: What method do you find most curious in relation to the musical expression in your work? What are your future predictions for the graphic expression of music?

AS: I don't know about the future. I think that with the computer everything will be much more radical. What happens is that it comes in ready-made programs, it looks like prepared food. It is much better to make food. In the design it happens the same, it is better to have your own elements rather than anything done. If there are templates, anyone can do it.

SW: It is obvious that music takes on an important weight in your work, as a source of inspiration, as a reflection and as a purpose. Let's talk about music then.

AS: I always listen to music. At the moment, one of the music that catches my attention is contemporary jazz. I'm listening and learning a little bit of flamenco too, it's very difficult, from another world. I hear a little bit of fado, the one I like now. There is modern fado. But of course, there is also the music of ancient Argentina, the tangos of the 40s, I listen to them as historical and I love them.

Thank you very much, América! Thank you for this talk and for showing you so kind. Above all, thanks for the design! At this point, it is not necessary to even say it, but congratulations on your sample.

What are you waiting for to enjoy "Clásico, moderno, jazz y tropical"? 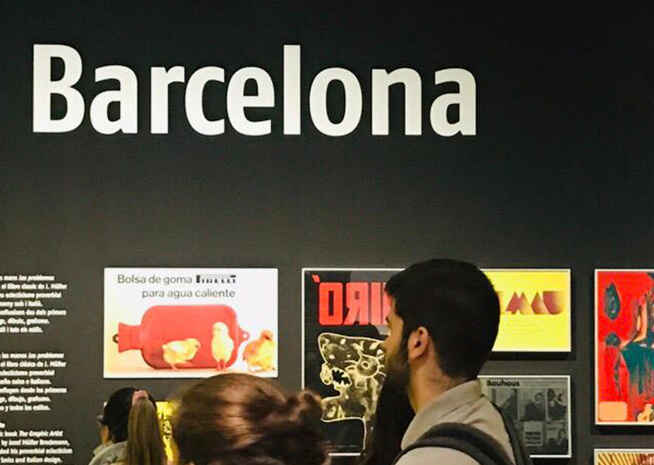 Once again we have had the pleasure of sponsoring this great event.

Three of our students have been awarded for the quality of their work.

This site uses cookies to offer you the best and most relevant experience. By continuing to use our site, you accept our use of cookies in accordance with our  Privacy policy. I agree
LCI Barcelona
Balmes street, 209
Admission request
Phone: +34 93 237 27 40
Contact us
LCI Barcelona
Balmes street, 209
Phone: +34 93 237 27 40
Admission request
Contact us
About us
Schools
Resources
Future Students
©2020 LCI Education Confidentiality Policy