Heteroglosia, the fashion show of 2014-15 class 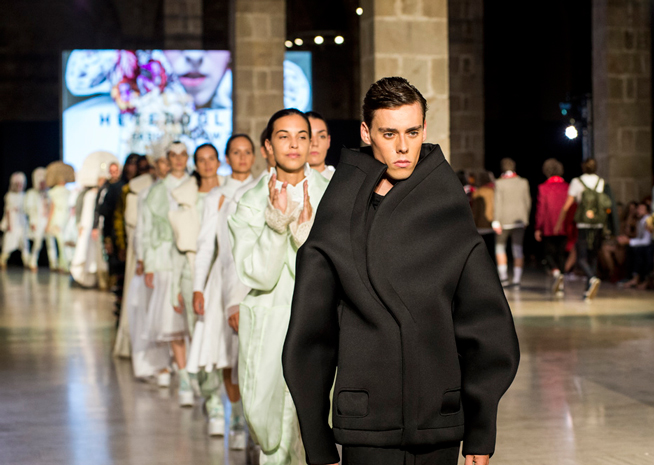 In the second part taked part the Felicidad Duce Awards to the finest collections of each promotion and consist of:

A scholarship for a master degree at LCI Barcelona

A scholarship for a postgraduate degree at LCI Barcelona

A scholarship for a specialization course at LCI Barcelona

On Saturday 20th June 2, a jury of experts from the fashion industry voted the best collections of students. The jury was formed by:

Coinciding with the Fashion Show, we delivered the Degrees of the academic year 2014/2015 in the same room Marqués de Comillas at 18: 30h.

The Sociologist and writer Luis Tolosa, offered the conference "10 professional keys that I never got."

In the event take part different awards for students of the Master program, which aims to reward innovation, creativity, research and development was made.

Prize for the Best Master's Thesis, prize € 1,500 for the best thesis of all specialties of the Master program was awarded to Delphine Barantal for his thesis HYBRID the Master in Fashion Design. In the Master in Marketing, Communication and Event Fashion, was awarded the Thesis: Two Thirds by Eva Sisternes students, Ivan Sanchez, Maria Cristina Afanador, Lucille Saad. Prize: A scholarship for a summer course at LCI Barcelona.

In this first edition, participants thesis corresponded to evaluated in July 2014 and February 2015.