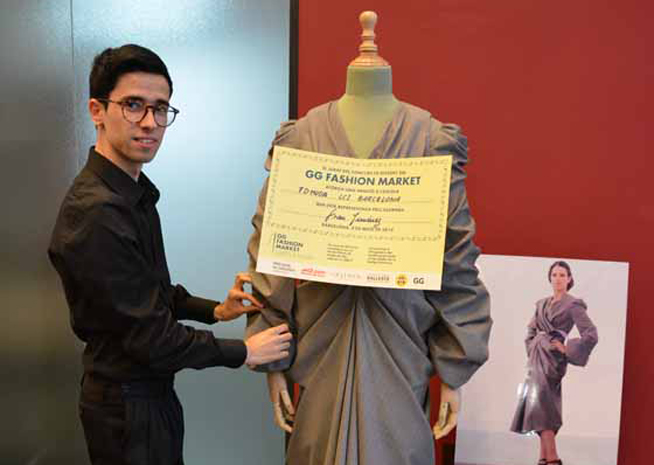 Nine schools of Barcelona and Valencia took part in the competition, and FDModa - LCI Barcelona won the Special Mention of the Jury chaired by Gloria Gratacós Casacuberta; Zazo designers &Brull; the pattern designer and owner of Antigua Casa Ballesté, Maria Delgado; Tendencias TV journalist, Francesca Tur and fashion editor GG, Carmen H. Bordas. The award consists of exposing the design in the window of Gratacós at Passeig de Gràcia and some books by Gustavo Gili books worth 300€.

Today you can still visit the GGFashion Market in Editorial Gustavo Gili and vote for the Audience Award, to be announced after 18pm , you will also find corners of independent designers , workshops and other activities