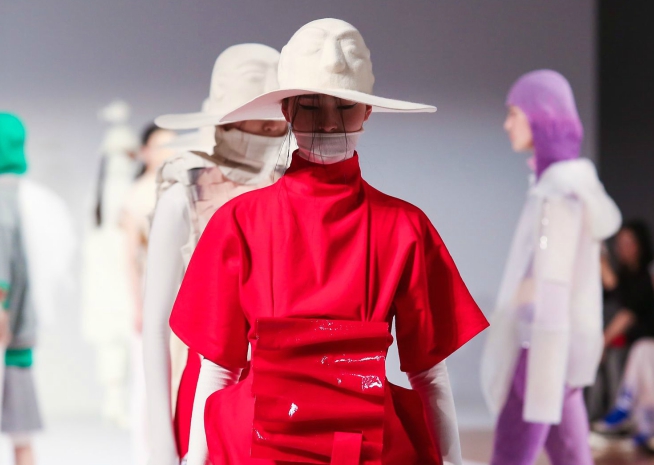 Yesterday at noon (Beijing time), the Asian event that opens the Mercedes Benz China Fashion Week awarded again the talent trained at Felicidad Duce – LCI Barcelona. Laura Núñez del Arco won the Silver Award (second prize) with the three looks from her women's collection "Project One", while Sandra Soriano took home an Excellent Award for her unisex proposal "Blank Canvas". Under the theme "Heritage and Craftsmanship", the 26th edition of Hempel Award focused on the union of urban fashion with traditional craftsmanship.

The School was also represented by professor and project director Gabriel Torres, a member of the Hempel Award jury along with other internationally well-known scholars, designers, fashion critics and artists. The professor has stayed in the Chinese capital to be part of the Top Ten Fashion Designers jury, which will choose the best designer of the Mercedes Benz China Fashion Week.

Felicidad Duce - LCI Barcelona has been participating in this event for more than twenty years, competing with the best schools in the world. The good results achieved year after year (in the previous edition our students returned home with three awards) show the high quality of professors and students. Congratulations, Laura and Sandra!

You can see the best images here.