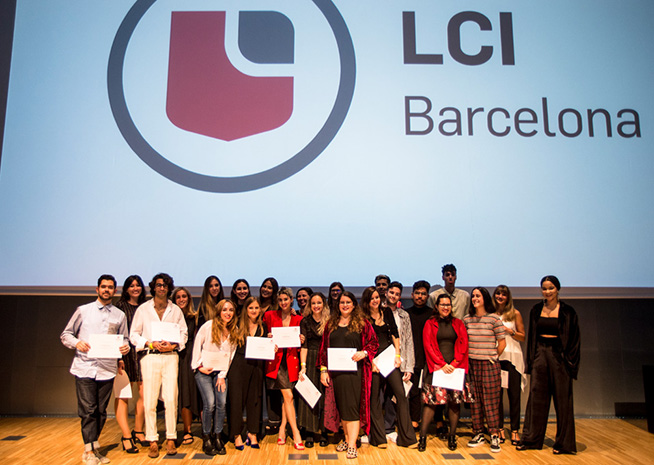 The auditorium of Museu del Disseny dressed up last Wednesday to celebrate the Graduation Ceremony of our different programs. The event began at 6:30 pm hosted by Catalan actress Andrea Ros. After a brief speech by Carmina Borbonet, Head of the Education and Activities Department at DHUB, Sílvia Viudas, LCI Barcelona General Director, came on stage to officially welcome all the attendees. The multi-faceted designer Alfonso de la Fuente, founder of Pichiglas Studio and the footwear firm Maians, then gave the talk "Reinventing your destiny".

The second part of the event began with the awarding of titles and diplomas for Professionalization and Pattern Making Courses, followed by the Higher Art Studies in Fashion Design. On behalf of his classmates, the student Andreu Molins gave an emotional speech with touches of humor in which he wanted to pay homage to all those people who are part of the everyday life of the School. His words were the prelude to the collection of the titles by the new fashion designers.

Following the same scheme, the student of the Master in Fashion Administration and Management Paola Useche came onto the stand to speak on behalf of all Masters and Postgraduates students, who later collected their titles. The Graduation Ceremony ended with the announcement of the five finalists for the Best Final Master's Project Award, which finally went to "Follow the White Rabbit". The jury of the award, composed by the directors of each program and representatives of the School, chose the project done by Laura Albertí, Manel Ferrer, Guadalupe Galiñares, Paulina Kulczycki and Ana Rodríguez (Master in Fashion Styling, Advertising and Audiovisual Media).

Congratulations to all of you who finish your training with us, and remember that LCI Barcelona’s doors will always remain open for you!

You can see all the images of the event here. 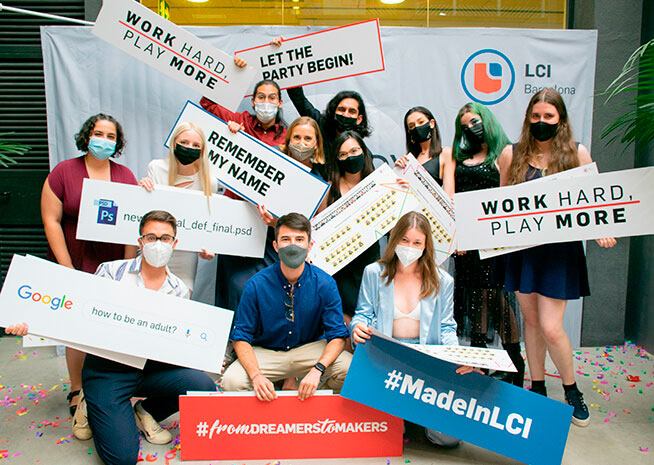 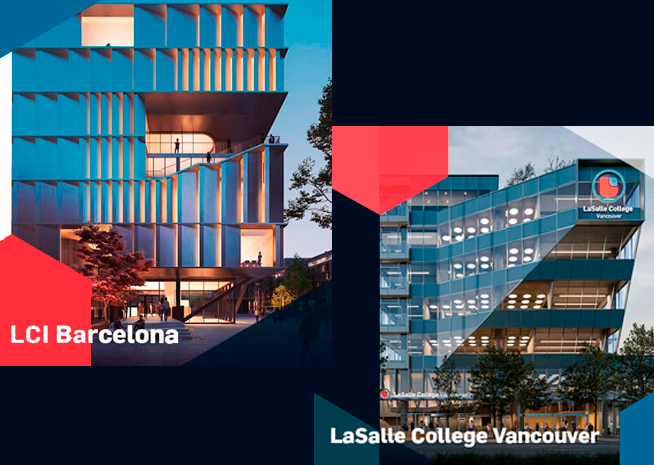 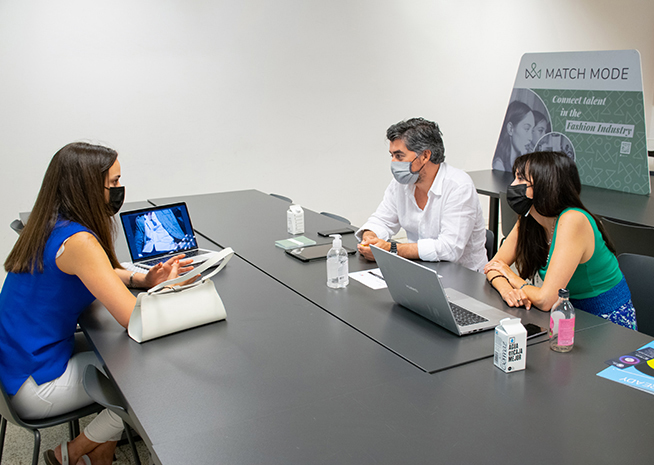