Renowned professionals of design world talk to us about their influences and the industry trends. Chris Grant, User Experience Director at King, is the protagonist of the fifth session. 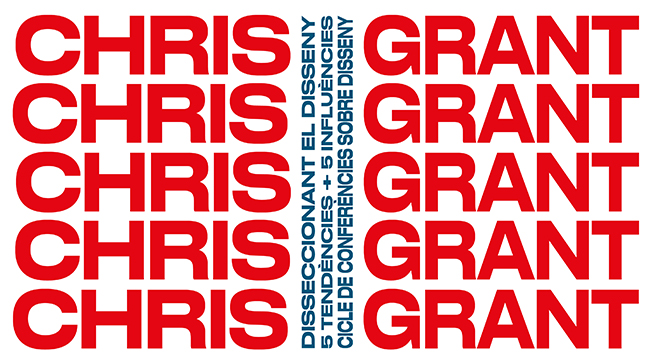 Next Wednesday, May 17th at 7:00 pm, our cycle of conferences returns with an exceptional guest: Chris Grant, User Experience Director of the famous online game company King. The greatest boom of the company is the well-known Candy Crush which, at the end of last year, reached the trillion of plays worldwide since it was launched in 2012. Later came other successes like Bubble Witch or Farm Heroes.

Chris has led design teams in the United States and Europe for more than a decade, specializing in strategic projects. He has worked in different start-ups and companies like Tuenti, Credit Suisse, Sclipo... which has brought him a lot of baggage in the UX and UI sector. His job at King, one of the leading mobile game makers, is to get hundreds of millions of users around the globe to live suggestive experiences.

Following the pattern of DI55ECCIONS, Chris will tell us five influences that have marked his career and five trends that, in his opinion, will define the future of the industry. After the session, we will have some Moritz and vermouth Yzaguirre. Sign up now and come to enjoy the design from a different perspective!

Graphic Design
Workshops, conferences and webinars
2017
This site uses cookies to offer you the best and most relevant experience. By continuing to use our site, you accept our use of cookies in accordance with our  Privacy policy. I agree
LCI Barcelona
Balmes street, 209
Admission request
Phone: +34 93 237 27 40
Contact us
LCI Barcelona
Balmes street, 209
Phone: +34 93 237 27 40
Admission request
Contact us
About us
Schools
Resources
Future Students
©2021 LCI Education Confidentiality Policy