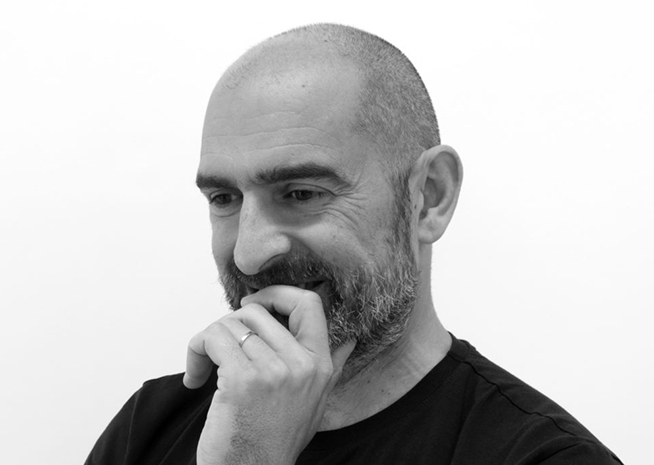 He founded in 1999 his own studio, where he designs products and experiences (from unique pieces to serial elements) to help companies become more competitive. He is an expert in providing renewed concepts in his projects, providing specific solutions for each case. In 2006 he created his own publisher of home products, Amor de Madre.

He is head of the Product Design Area at LCI Barcelona and collaborates as a lecturer at other design universities of Barcelona. He has also worked with companies and institutions such as Camper, Lékué, Delica, Mago Urban, Almalight, Rumitag, the Picasso Museum, Artesanía de Cataluña and the ADI-FAD. He has exhibited in galleries all over the world.

Winner of the Delta de Plata Award 2018 by ADI-FAD, he received a selection from the same competition in 2009. He was also first prize at the international Les Découvertes, Maison Objet, Paris (2008).

Product Design
Heads of area
About us
About LCI Barcelona
About LCI Education
New campus
LCI Education Foundation
About Felicidad Duce
Our educational project
Our facilities
Our professors
Our alumni
Recruiting talent
Educational centers
Quality
This site uses cookies to offer you the best and most relevant experience. By continuing to use our site, you accept our use of cookies in accordance with our  Privacy policy. I agree
LCI Barcelona
Balmes street, 209
Admission request
Phone: +34 93 237 27 40
Contact us
LCI Barcelona
Balmes street, 209
Phone: +34 93 237 27 40
Admission request
Contact us
About us
Schools
Resources
Future Students
©2022 LCI Education Confidentiality Policy