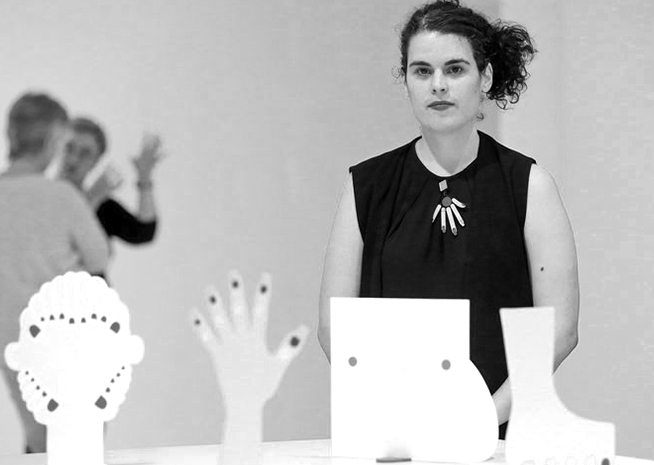 Born in Sabadell in 1982, Garcia-Pineda studied Fine Arts at University of Barcelona and Universität der Künste Berlin. She has exhibited both, individually (“Fiction is a reality yet to happen” at Espai 13 Fundació Miró, “It is physically impossible for pigs to look up into the sky” at +R gallery –Barcelona- and “Burying problems and waiting for the arrival of zombies” at Abisal –Bilbao-) and collectively (“I will not throw rocks” at Form & Content Gallery in London and “Cosmopolitan Barcelona” at Dia Art Foundation in New York).

Garcia-Pineda received in 2015 the Prize for Best Catalan Artist awarded by Fundació Corominas and also won the 1rst Price Injuve. She has received several grants and scholarships from different institutions like Fundació Guasch Coranty, Espai Zer01 and BCN Producció-ICUB.

In 2008 published the book “Machines and Machinations” which sold out in a matter of months and in 2011 participated at Turku’s Biennial at Aboa Vetus & Ars Nova Museum (Finland).

Garcia-Pineda’s work is part of collections such as Banc Sabadell Atlantic and Le FRAC Corse.